wELKome to "About Our State" Association... This Page is Facts & History of our State Elks Association, which was formed on March 29, 1921 in the Lodge Room of Baltimore, MD Lodge No. 7... This is our 100th Year Anniversary, as a State Association... The backdrop of this Page represents the Fall Foliage of Western Maryland (our West District in the Panhandle of our State)... 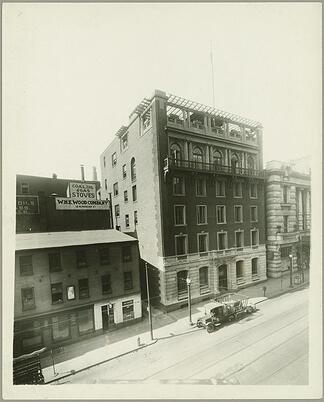 Baltimore Lodge #7- 307-309 W.Fayette.St.-circa 1925
...Our Association was formally organized on the 29th day of March, 1921, in the Lodge Room of Baltimore Lodge No. 7. This Association, of the Benevolent and Protective Order of Elks, was formed to unite all Elks in closer bonds of Fraternity, to promote the interests of the Order, to exchange ideas beneficial to the Lodges and to bear true allegiance to the constitution and laws of the Benevolent and Protective Order of Elks of the United States of America.
​ ...The Association was first known as “The Maryland State Association.”  Pending passage of Grand Lodge legislation at Los Angeles in 1921, Washington D.C. and Delaware were taken in as Honorary Members. This Association has grown, and today, it is known as the Maryland, Delaware and District of Columbia Elks Association, consisting of [37] Lodges (30 in Maryland, and 7 in Delaware).  Membership is in excess of [19,000] Members.
...Our State Association is bordered on the East by the Atlantic Ocean and its seashores & beaches, Deep Creek Lake is at our Western border in the Appalachian Mountains.  In the Central part of our State Association is situated the Great Chesapeake Bay and at the Northern tip of the Bay is the "C & D Canal" - which connects shipping routes to the Delaware Bay and many Ports to the North including Philadelphia, PA.  Our Southern Border is the Nation's Capital -- Washington, D.C. -- which is flanked by the Potomac River along its Southern border.
...Our State Association has many Points of interest; but one most noteworthy is "Fort McHenry" -- where our National Anthem; The Star Spangled Banner" -- was born, during the War of 1812, which is considered by many historians as the second Revolutionary War.  Francis Scott Key, a Baltimore Lawyer, wrote the Star Spangled Banner while being held as prisoner on a British ship in the North Point area.  It inspired him, as he witnessed at Dawn's early light -- that our Flag was still there!!  As it flew over Fort McHenry that held off the British attack, after they successfully burned Washington, DC.  The Defense of Baltimore turned the British around and assisted in ending this British Invasion.  Stop by Downtown Baltimore, only minutes from the Inner Harbor area, and visit this National Landmark. 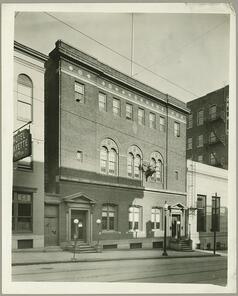 OUR STATE MAJOR PROJECT:
​Elks Camp Barrett (ECB) — a camp for youth, located at 1001 Chesterfield Road, Annapolis, Maryland (near Crownsville - which also serves as our State HQ address).  It's situated in a rural and rustic Youth Camp  that serves [3] seasons, typically beginning in April through November. Our annual Elks Lodge's  sponsored Youth Camps are held in late June and ends in early August - it serves youth  [9-13] years of age in communities throughout our state association --- with separate weeks scheduled for boys, girls, plus special needs youth.
We have camping partners that include
Camp Barrett External Website: www.ElksCampBarrett.org
State Committees SUPPORTED                                      ---- CLICK HERE