DOORS OPEN @ 9:30 am
CONTEST STARTS @ 10:00 am
~ ALL TRAVELING EXPENSES FOR WINNERS ARE PAID BY THE ELKS ~
~ EACH CONTEST LEVEL OF COMPETITION HELD - ALL WINNERS RECEIVE TROPHIES & PRIZES ~
​~ TYPICALLY HELD BY LOCAL LODGES BETWEEN NOVEMBER AND JANUARY EACH YEAR ~ 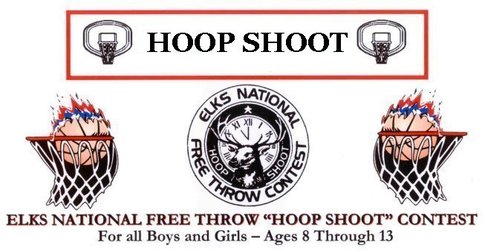 LOCAL ELKS' LODGES HOLD THIS ANNUAL CONTEST IN A LOCAL GYMNASIUM & MANY TIE THE CONTEST INTO THE LOCAL SCHOOL GYM CLASSES. ALL LOCAL LODGE WINNERS IN THE VARIOUS AGE GROUPS ARE AWARDED TROPHIES & PRIZES AND SENT TO THE DISTRICT CONTEST. WINNERS OF THE DISTRICT CONTEST ARE THEN SENT TO THE STATE CONTEST. STATE WINNERS ARE SENT TO THE REGIONAL CONTEST. YES, THE REGIONAL WINNERS ARE AWARDED MORE TROPHIES & PRIZES AND SENT TO CHICAGO FOR THE NATIONAL FINALS.
~ ALL CONTESTANTS THAT WIN EACH STAGE ARE AWARDED TROPHIES & PRIZES WITH ALL EXPENSES PAID BY THE ELKS ~
GRAND LODGE HOOP SHOOT - click here
GL Hoop Shoot Home - Champions - Videos - History
NATIONAL WINNERS EACH AGE GROUP NAMES ARE INSCRIBED IN THE NAISMITH BASKETBALL HALL-of-FAME

~ The Elks Hoop Shoot is a national free throw contest that provides youth ages 8 to 13 an opportunity to compete, connect and succeed through hard work and healthy competition. Six winners from each of the 12 Regions will compete at the Hoop Shoot National Finals held on April 27, 2019, in Chicago, IL, home of the Elks headquarters.
The Hoop Shoot National Finals begin at 8:30 a.m. Central Time on April 27. If you can’t get to the gym on Saturday, you can follow the action from home. Get live updates from the foul line by using the Elks’ online shot tracker and following on Twitter using #HoopShoot.
* Elks Hoop Shoot is fully-funded by the Elks National Foundation, the charitable arm of the Benevolent & Protective Order of Elks of the USA. 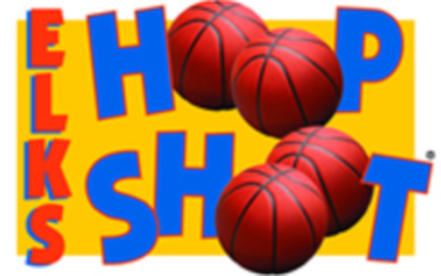 HOOP SHOOT HOME - ALL: Champions - Videos - History
ALL Pics of Hoop Shoot on FLICKR - click here
Elks Hoop Shoot Crowns Youth as "Free-Throw Shooting Champs"...
** CLICK HERE FOR ALL PICS ON FLICKR **
~ It’s only days until the Hoop Shoot National Finals, and the ENF is bustling with preparations! Here are some of the exiting events the ENF has planned for the National Finalists and their families.
~ If you are not traveling to Chicago for the National Finals, you can still stay connected! Follow the ENF on social media for updates from the weekend. Who knows, you may see a Facebook Live update or two. Follow the shot tracker during the contest; you can access it through elks.org/hoopshoot.
~ The shot clock is counting down, tune in on Facebook for Monday Madness—the shooting order announcement on Monday, April ??, in the late afternoon.
~ For those who will attend the National Finals, make sure to share your favorite moments with your #ElksFamily by using #HoopShoot and tagging the Elks National Foundation on your posts.
~ The Elks have been developing gritty kids through the Hoop Shoot program for more than 40 years. In 2017-18, the Elks National Foundation allocated $974,880 to fund the program. For videos, news from the court, and more information about the Hoop Shoot, visit elks.org/hoopshoot.   From <https://www.elks.org/hoopshoot/story.cfm?StoryID=106260> 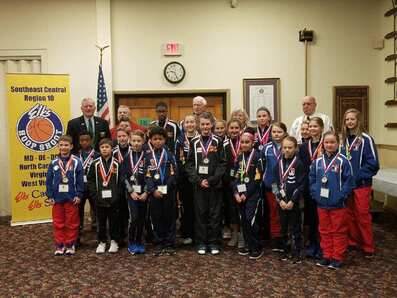